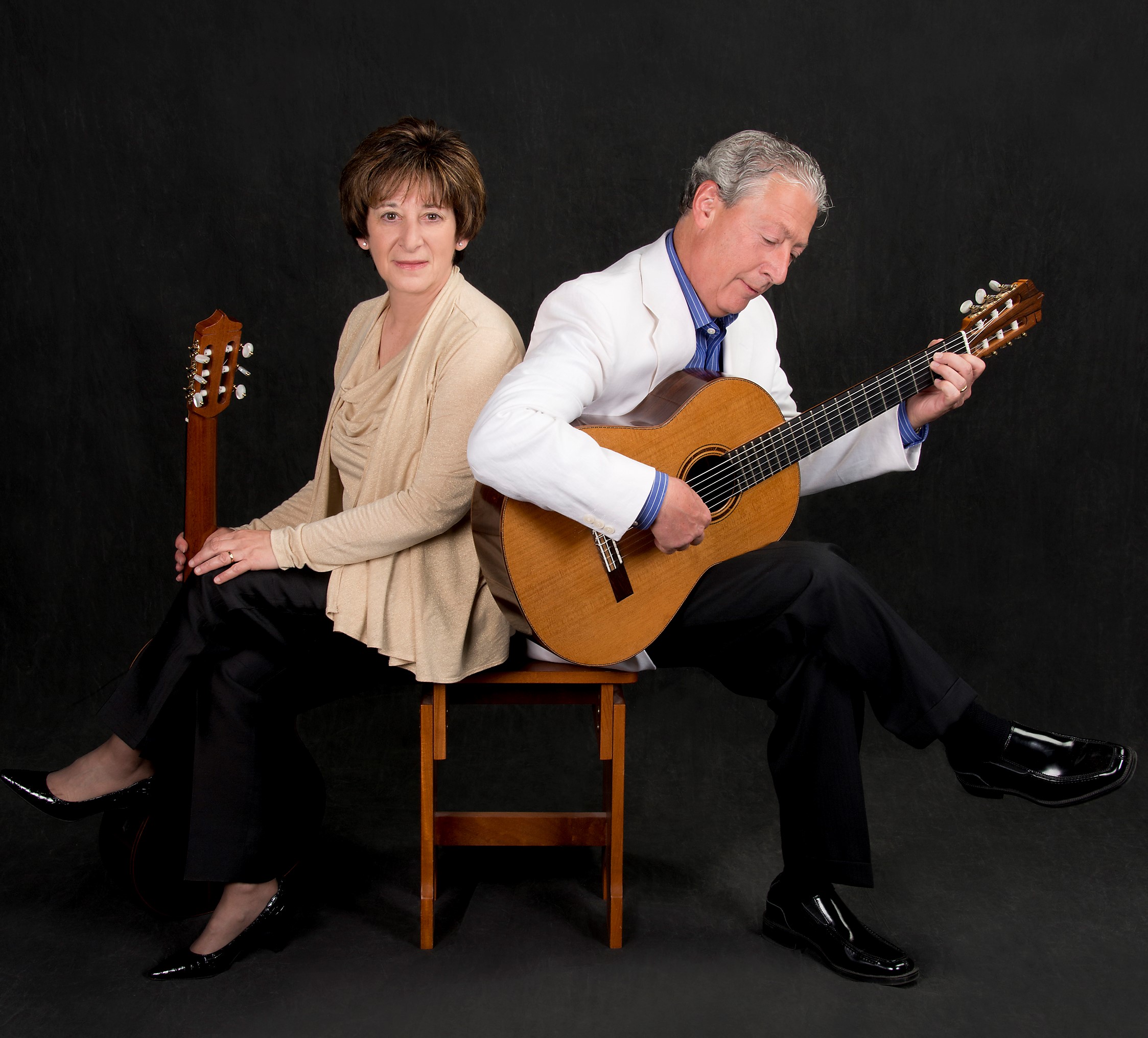 “One of the greatest guitar duos of our time.”
Les Cahiers de la Guitarre, France

Joanne Castellani and Michael Andriaccio have enjoyed a celebrated career as one of the foremost guitars duos in the world. They were scholarship students at the master classes of Andres Segovia and studied composition with Aaron Copland, Morton Feldman and Lejaren Hiller. They have received numerous awards and distinctions from the very beginning of their duo days and appeared as concerto soloists with orchestras around the world.  Sought after pedagogues as well, they have performed and taught at over one hundred colleges, universities and conservatories around the world.

The pre-eminent American Guitar Duo, the nation’s capital has embraced them with two National Endowment for the Arts Solo Recitalist Fellowships. They have been featured in concert at the White House, Smithsonian Institution, the JFK Center for the Performing Arts, are consultants to Music Division of the Library of Congress and members of the Alice Tully Circle of the Chamber Music Society of Lincoln Center.

The Duo has recorded ten acclaimed CDs, two named “Best of the Year” by Fanfare Magazine and American Record Guide. Critics around the globe from the New York Times to Gramophone Magazine have unanimously praised their, “elegance, style, poise and exquisite taste in interpretation”. Currently, Joanne and Michael are the Artistic Codirectors of the JoAnn Falletta International Guitar Concerto Competition presented by WNED-FM and the Buffalo Philharmonic Orchestra. Joanne Castellani is Professor Emerita of the State University of New York at Buffalo and has served as Executive Director of Competitions for the Guitar Foundation of America. She is now the Director of the Castellani Andriaccio Guitar Studios where she maintains a full private teaching studio of traditional and Suzuki students. Michael’s recently released world premier recording of “Goyescana”, concerto for Guitar and Orchestra by three-time Grammy and Ace Award winning composer, Michael Dalmau Colina, with the London Symphony Orchestra has received unanimous international acclaim. Joanne and Michael are founders of and executive producers for Fleur de Son Classics, Ltd., an internationally distributed record label with a catalog of over one hundred titles. Currently, they are artist faculty members of the Interharmony International School of Music and Festivals.